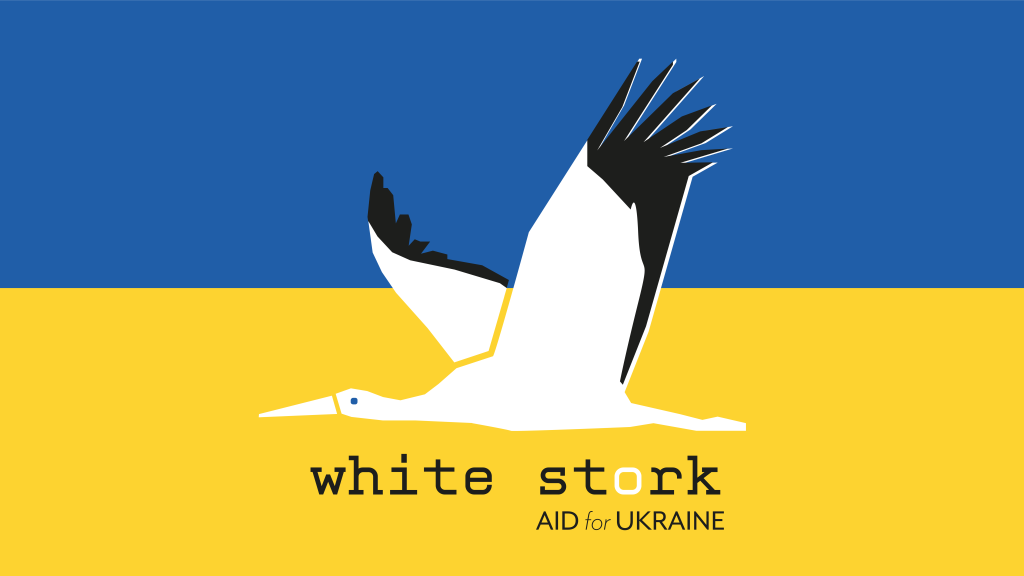 The white stork is the national bird of Ukraine and a symbol of family, love and kindness.

The aim of White Stork is to continue to provide much-needed emergency supplies to both incoming Ukrainian refugees in Romania and displaced Ukrainians still within Ukraine. Alongside providing this urgent immediate relief we also focus on helping refugees find free short-term accommodation in Cluj-Napoca to give them a safe and secure environment where they can recover from their arduous journey and to plan their next move.

White Stork was set up in response to the shocking humanitarian crisis created by Russia’s illegal invasion of Ukraine. It was founded by Andrew Trotter, who has close connections to the region through his international translation business, Global Lingo. With a fully-staffed office already based in Cluj-Napoca, just three hours south of the Ukraine border, he and the Global Lingo team were determined to offer effective help in the most efficient way. With the assistance of his local team in Cluj and his old friend Alex Corbet Burcher, they locally sourced humanitarian supplies requested by people and relief agencies at the Ukrainian border, and then safely delivered and distributed to those most in need.

“A few days after the invasion of Ukraine, when the scale of the looming humanitarian crisis was only beginning to become clear, I decided to deliver much-needed aid to those fleeing the war. With my local team in Cluj, I felt confident that we could quickly deliver vital relief aid directly to those in greatest need at the border. We immediately began fundraising, initially amongst friends and family. Five days later, through their generosity and the energy of our volunteers in Romania, we were unloading 10 tonnes of emergency relief at the remote border town of Siret. We knew that our localised approach worked and that we could get aid to families, fast.  An unexpected interview on BBC News thankfully led to many people offering support, so we created White Stork to provide the structure to scale our relief efforts” said Andrew

After the success of the first visit, with over £80,000 donated from friends and family, it was decided to scale up efforts. In order to do this White Stork was formed and partnered with The Bryan Adams Foundation. They were already involved due to their generous donation for the first trip, and had the charity infrastructure in place to receive further donations.

Through Andrew’s contacts in Romania and Ukraine, the team are able to get up-to-date information on the changing needs of the refugees as the dynamic situation constantly evolves.

All money donated to White Stork will be spent purely on emergency relief supplies and vehicle/fuel distribution costs to the border. All other core operational expenses will be covered by Andrew, Alex and Global Lingo. Everyone assisting White Stork is doing so on a purely volunteer basis.

White Stork is partnered with The Bryan Adams Foundation

The easiest way to donate is through our JustGiving page